One of the more interesting aspects of travel, is learning about different cultures. How people live, work, and experience life, is one of the many things that make people and cultures unique from our own. During the holidays, we typically think about these special seasons from our own perspective. However, it’s interesting to understand what makes a holiday unique to others.

Christmas is a holiday that is celebrated throughout the world, with each country or even region having their own special way of celebrating the season. Let’s take a brief look at how three of our favorite destinations celebrate the Christmas season. 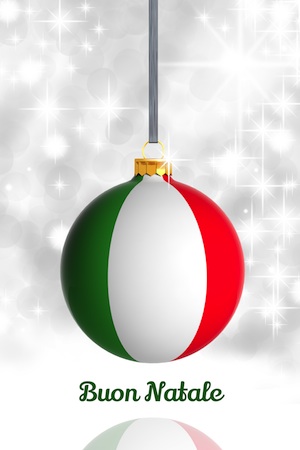 One of the most important traditions in Italy is the nativity scene, which can be found in nearly every Italian household during this time of year. The custom is thought to have originated with St. Francis in 1223 after he visited Bethlehem and saw the stable where Jesus was born. Naples, however, claims to have had the nativity scene as early as 1025, and creates the most ornate and beautiful nativity scenes in all of Italy.

On Christmas day “Babbo Natale” (Santa Claus) might bring some small gifts, but the main day for presents is Epiphany, which is nearly as important as Christmas to many Italians. Epiphany is celebrated 12 days after Christmas, on January 6th. This is the day when the Wise Men, also known as the Three Kings, visited the baby Jesus. On Epiphany night, children hang stockings by the fireplace, hoping that during the night they’ll have a visit from “Befana” an old lady who brings presents to fill the stockings.

The emerald isle has some charming Christmas traditions, many of them connected to the Catholic faith. One old tradition is that people put a tall candle in the largest window of the house after sunset on Christmas Eve. The candle burns all night as a welcoming light for Mary and Joseph.

Another fascinating Irish custom is the Wren Boys Procession, now rarely seen anywhere in Ireland, other than in the town of Dingle in the tradition-steeped southwest of Ireland. This bit of folklore goes back to ancient times when a wren was killed on the day after Christmas, known as St. Stephens day, and carried around in a holly bush by young people in costume, singing and playing musical instruments. Today in Dingle the tradition is still practiced, although without the wren. 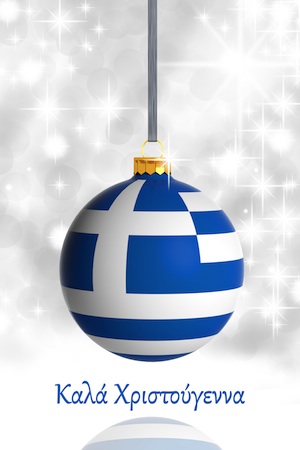 One delightful Greek tradition is of the Killantazaroi, a type of mischievous goblin from the middle of the earth that appears during the 12 day period from Christmas to Epiphany. The Killantazaroi are blamed for all things unfortunate, from food that spoils to fires that mysteriously die. To keep the Killantazaroi away the Greeks keep a small wooden bowl of water with a wire across the rim. A wooden cross adorned with basil hangs from the wire. Each day someone dips the cross into some holy water and sprinkles the water in each room of the house.

Another important tradition of Greece is St. Nicholas, the patron saint of sailors. According to tradition, images of St. Nicholas portray him with clothes and beard drenched with seawater, his face drenched with perspiration as he works hard against the waves to reach sinking ships and rescue the sailors from the angry sea. Greek boats are often decorated with blue and white lights at this time of year to honor Christmas and St. Nicholas.